“He was wonderful, and we treated him as part of our family and that he wasn’t the King of Pop, but just a human being. […] I used to cook all his favorite food, I knew I had – I knew exactly what he loved and I would make it for him. I even would make him home-made pizza, or, you know – he loved it! And turkey dinners, (mashed potatoes, stuffing, Thanksgiving dinner). […] He took my garbage out one night.. […] Yeah, he would do (normal) things like that. […] He would try to clean up the house - his way of cleaning up the house [laughter]. […] You know, Michael never made an announcement when he was coming, he would just show up at the door, and we were like – in the middle of the night, sometimes, he’d just knock at the door and I would wake up the kids, if you notice, they’re all in their pajamas [in the photos we’re showing you] [laughs], they were playing and half-asleep. […] We wanted to give Michael that opportunity to know that we weren’t there to – for who he was as a celebrity, that we were really there to be a family for him and to get him through all his bad times that he’s been through, ‘cause we – we knew him before the bad times, and when the bad times 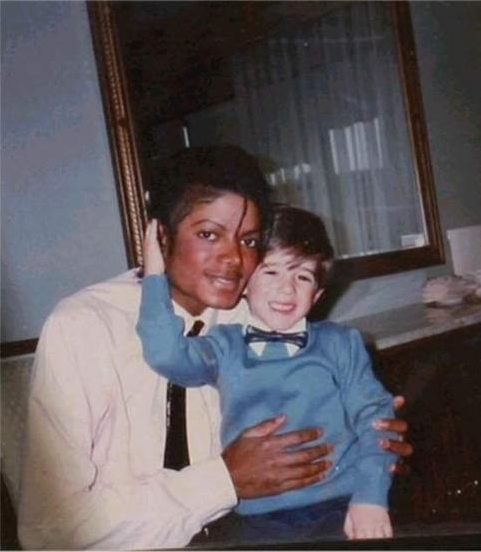 came, we - [like the child molestations charges], we weren’t gonna turn our backs on him and we stood there and we said, ‘We’re with you all the way’, and I – and he appreciated it and we did it. […] We had to explain it to him - the kids – what was going on, they didn’t understand it (at the time). […] Never [did we think that our children are not safe with him.] […] He celebrated Christmas, he always loved Christmas, receiving gifts and giving gifts, and that’s what he did.”

“We were there when (Michael’s) kids were born, and we were there, I mean – and he was so happy and we, you know, like […] yeah, physically there. […] [He would bring them to our house], absolutely, he trusted no one but us to even, like, he wouldn’t leave the kids with no one but - other than the nanny and the – and we were the other family that he left the kids with.”

“We knew that [he suffered from insomnia], but I’ll tell you, he slept at our house. Because he really did relax and sleep at my house. I mean, I - it’s just amazing, I guess he felt like he really just feels secure and separate from everything else. We did a lot of family things to get his mind off of, I guess, the superstar that he was. […] Oh.. it’ll never go away, [we’ll always miss him.] It’ll never – it’s an every-day battle that we all have and we all mention his name all day – at least once a day we’d mention it, ‘cause we actually can feel him in our home.” 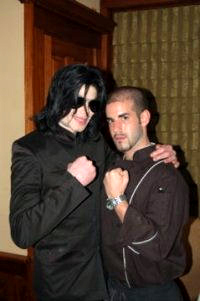 "We loved Michael. He was a genius and a beautiful person.  I've known Michael for twenty seven years and all I can say is he was not only a friend of ours, but he was part of our family. I don't know anyone as warm and caring as Michael Jackson and he will be missed. Michael was a real genuine person, who cared deeply for others. Our hearts are broken."  Mr. Cascio added, "We pray for Michael's children."
''Mr. Dominic Cascio who owns il Michelangelo Restaurant in Boonton Township, NJ
Source: http://www.canyon-news.com/artman2/publish/On_the_Industry_1168/This_Week_in_Hollywoodland062809.php