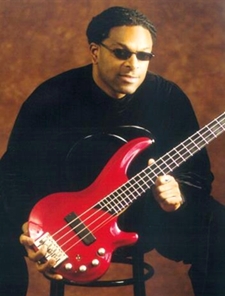 DAYTON, Ohio – Joseph and Katherine Jackson raised their nine children, (Rebbie, Jackie, Tito, Jermaine, La Toya, Marlon, Michael, Randy and Janet), at 2300 Jackson St., in Gary, Indiana. Through the memories of Joseph and Katherine’s nephew Keith Jackson, he describes the times he and his immediate family spent with his cousins as “musical,” “youthful” and “loving.” “Our parents were all very close and Mike and his family would come over to our house, or we would go over to their house,” Keith said. “We’d play kickball or baseball and just have fun.” According to Keith, some of his greatest memories with his cousins took place at 2300 Jackson St.

“My brothers and I spent times watching my cousins practice when they lived in Gary, and they would practice around 3-4 times a day for three hours at a time,” he said. “Music was literally a living, breathing member of our entire family.” Though the Jackson family is known for their early legacy at Motown Records, Keith said music had been part of his family for years prior. Before the Jackson 5 was a group called The Falcons – two members being Keith’s father Martin Luther Jackson and his uncle Joseph. Keith said he was too young to have firsthand memories of his father and uncle’s group, but said he’s been told stories.

“[The Falcons] use to play in Gary at a place called the Black Oaks, where all of the Blues singers would play,” he said. “My dad and Joe had the group for a few years and then they started working in the steel mills, but they always continued to listen to music.” When Joseph and Katherine’s sons were known as the Jackson Five & Johnny, (featuring Johnny Jackson on drums), Keith said his father taught Tito how to play a lot of blues songs, including the song, “Caledonia.” He said, “Tito and my dad always had a lot in common, and when Tito does shows to this day, he always credits my father when speaking to the audience for teaching him some blues.”
Though the experience was rough, he said it was one he never forgot because it showed him how much his cousins were adored. He said, “That one experience is what my cousins went through on a daily and nightly basis when they were the Jackson 5, but they continued their careers because they truly loved entertaining.”

Behind the article: Doing this article with Keith Jackson was a real honor - not for who his cousins are, but for the down-to-earth kindness he displayed in our phone conversation. To describe it perfectly, it was "cool," because to him, Michael wasn't "Michael Jackson." Keith referred to him as "Mike," and that's how he referenced him throughout our entire conversation.

When Keith and I arranged to do the interview, everything was spontaneous - in a good way. We exchanged emails back and forth about the ideas of the article, and then before I knew it, we had an interview time set for the following afternoon. During our interview, I found out Keith was sitting at the Jacksons family home at 2300 Jackson St., in Gary, Indiana, and according to him, his memories were vivid and musical, but also kid-oriented.

Keith said he and his siblings were very close with their cousins. According to him, music was alive and well when he and his siblings were around their cousins, the Jackson Five, but said music is a single aspect of his memories. Keith said they all played a lot outside - sometimes at his house growing up, sometimes at 2300 Jackson St. "Boys will be boys, and we were boys," he said.

According to Keith, one of his last memories with Michael is from a few years ago, when Michael invited all of his cousins to California. "It was just so great to see him happy and for all of us to see each other, and meet younger generations of the family," he said. "I remember we all had a chance to perform with one another. Tito's sons 3T performed and they were amazing. Everyone was amazing, and it was great to see it and say, 'This is all of my family and we are all together.'"

Before we finished our interview, Keith said he wants everyone to know he appreciates the time everyone takes to visit Gary, Ind., and said he is thankful for the memories they share with him about his family. He said, "Those memories and stories mean a great deal to me."
Source: michael-jackson-memories.weebly.com/keith-jackson.html