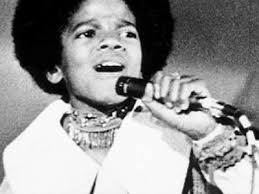 "Michael Jackson wasn´t an artist who appears once every ten years, once in a generation or once in a lifetime. He was an artist who appears only once, period. I was lucky to I met him when he was nine years old. Even then he radiated something so captivating that I have with it, frankly, did not board. How can a child impress me like that? It was such a strong sensation that I immediately forgot my doubts about the business of "child performers' and rushed to create Michael and his brothers such conditions, which will enrich and expand their talent. Even then he was very aware himself. He knew he was special. And yet he could dance, sing or play like anyone else - but he wanted to do better. Pushed by his hunger for learning, the constant self-overcoming, after being the best. He was an excellent student. He learned from the best and tried to be even better. He raised his bar high and then overcome it. He had talent and creativity, which he fired into the stratosphere together with the level of fun. "

"Michael was full of fun, but he was a studier. He would study everybody. And as the other kids might be playing with each other, hitting each other, doing something, Michael was always focusing on whatever I or anybody else was saying about what they should be doing. And he was a man beyond his years. He was... when he did the song "Who's Loving You" the Smoky Robinson song, he sounded like he had been living that song for 50 years. We could not believe this old man in this young kid's body."

"As a kid Michael was always beyond his years, he was an innovator, he was a genius at what he did. He had a knowingness about him. At 9 years old, when I first started working with him, he seemed to me like he had been here before. He was just so knowledgeable about life."

“Michael was a born star. He was nine years old when the Jacksons auditioned for me. He was the classic example of understanding everything. He watched me like a hawk. He had a depth that was so vast, it was just incredible.”

Video from the Motown audition in 1968. Great performance of this James Brown funk classic:

Big Boy - first song that Michael Jackson ever recorded in December 1967 when he was 9 years old:

"If he just had done only what he did as a child, he would be a genius, for whom he is now considered. Because it is not natural for a child to sing that way, with such depth, with so much emotion with such interpretation, intensity, purity and sensitivity. The only musician to whom I can compare him is Mozart." Lenny Kravitz, singer

"What do I Michael remember for most is his laugh, his charisma, his charm. It seemed as if it was an old soul. When he performed, he did moves that only a seasoned veteran like James Brown could handle."   J. Randy Taraborrelli, biographer MJ

"You know Michael could sing ... Here's a little boy who could sing his little ass off. When he did one of Smokey's songs -- 'Who's Lovin' You?' -- at the end of it he would do this riff, and he did a riff that went off into a little minor bluesy kind of thing. I go, "Now wait a minute, he's too young to be riffin like that!"

"Michael at a very young age had a lot of “know” to be able to sing a song like that! I wrote the song (Who´s Loving You) and I thought I sang it! 2 years later, here comes this little kid and he’s 10 years old!!  When I heard him, I thought to myself this boy cannot possibly be 10 years old!

I did not believe that someone so young could have so much feeling and soul and knowledge. Knowing, he had a lot of knowing. He had to know something to sing that song like that. It was wonderful thought.  As a song writer that’s a dream come true to have somebody sing one of your songs like that!!”


When I was just starting out, my first producer used to make me listen to Michael Jackson’s live performance of Who’s Loving You. He would have me watch that for hours back to back to back.
What he wanted me to learn was his soul. You could hear his soul. And he was this little kid who hadn’t experienced love but he was a vessel. For whatever reason he could evoke more emotion than an adult. It was so raw and so pure. It was these little things that he did that were just swag. It’s something that’s God given.
Michael taught me that sometimes you have to forget technique, forget what you have on. If you feel silly, you have to go from the gut just let it go.
Michael Jackson changed me, and helped me to become the artist I am, thank you Michael.
Love always,
Beyonce

'Ever since Michael was very young, he seemed different to me from the rest of the kids. I don't believe in reincarnation, but you know how babies move so uncoordinated? He never moved like that. When he was dancing, it looked as if he was someone older. I was quite scared of it. He was so young. He didn´t go out and played a lot. To tell the truth, I do not know where he got it. He just knew. I think Michael was born with it, although he was still tiny, three-year old, and the other kids and he used to sing ... That's what I pointed me out that he is a singer. He was in the corner, they sang, and he came out a perfect harmony and I thought: 'My God, where it comes from?' and then, when he was around 5 years, they wondered what to do in this step dance choreography and he did it. He said to them: 'No, do this and do that. '

"He was so energetic that at five years old, he was like a leader. We saw that. So we said, 'Hey, Michael, you be the lead guy.' The audience ate it up. He was into those James Brown things at the time, you know. The speed was the thing. He would see somebody do something, and he could do it right away.

"He was so energetic that at five years old, he was like a leader. We saw that. So we said, 'Hey, Michael, you be the lead guy.' The audience ate it up. He was into those James Brown things at the time, you know. The speed was the thing. He would see somebody do something, and he could do it right away."

“I never thought about it. I knew I wanted to do something wonderful all my life and to help people and I never clearly really thought about it when I was really little. I just sang and danced and didn’t understand why people were applaudin and clapping and screaming. You really don’t. You don’t know why… […] It takes longer [to understand] when you get older. You get a more rounded personality and your brain starts to grow. You start reasoning and understanding more things, researching. […] I’m like this (normal, reasonable) all the time. I’m just being myself.”

"When you have a special ability as a child, you don't realize it, because you think everyone else has the same gift that you have. I didn't realize why they were clapping or crying or starting to scream. Later in life people would say, 'do you realize you have a special talent?' But you know that talent is not from our doing...it's from above. So I was always humbled by people who would come with accolades or adulations."

"Most people have the luxury of careers that start when they're old enough to know exactly what they're doing and why, but, of course, that wasn't true of me. They remember everything that happened to them, but I was only five years old. When you're a show business child, you really don't have the maturity to understand a great deal of what is going on around you. People make a lot of decisions concerning your life when you're out of the room. So here's what I remember, I remember singing at the top of my voice and dancing with real joy and working too hard for a child....I wasn't forced into this business by stage parents the way Judy Garland was. I did it because I enjoyed it and because it was as natural to me as drawing a breath and exhaling it. I did it because I was compelled to do it, not by parents or family, but by my own inner life in the world of music."

Michael Jackson in his book Moonwalk

“Michael was meticulous about everything, almost to a fault. Very disciplined. I think it’s marvelous to be like that at that age - to have that kind of knowledge and feeling toward your work.” Walter Scharf, composer of the music to “Ben

« I first met Michael when I was in Detroit. He came to Motown, and they were talking about this boy from Gary, Ind., and the Jackson 5, and everyone was excited. He was a little boy then. He would always come into the studio curious about how I worked and what I did. « How do you do that? » « Why do you do that? » I think he understood clearly from seeing various people do the music scene that it definitely took work. He must have been around 9 or 10 then, and I definitely felt that he would be someone. You heard the voice, and all he could do was grow. And that’s what he did.

I remember playing air hockey one time, and we were going back and forth. I play air hockey on the side as opposed to the end of the table because it’s more accessible for me to really understand what’s happening. He said, « Oh, you’re cheating. » And I said, « Aw, I’m not cheating, come on. » And we went on and on for hours, just playing air hockey and being silly. He had a childlike heart. And that was very, very impressive to me. At the end of the day, we’re all human beings, and for those who can’t see that it is possible for a man who’s an adult to have a childlike spirit, it doesn’t mean that they’re weird, it doesn’t mean they’re a freak or whatever ridiculous things people say. We have all kinds of people in the world. The most important thing is that your heart is in a good place. »

One Day In Your Life